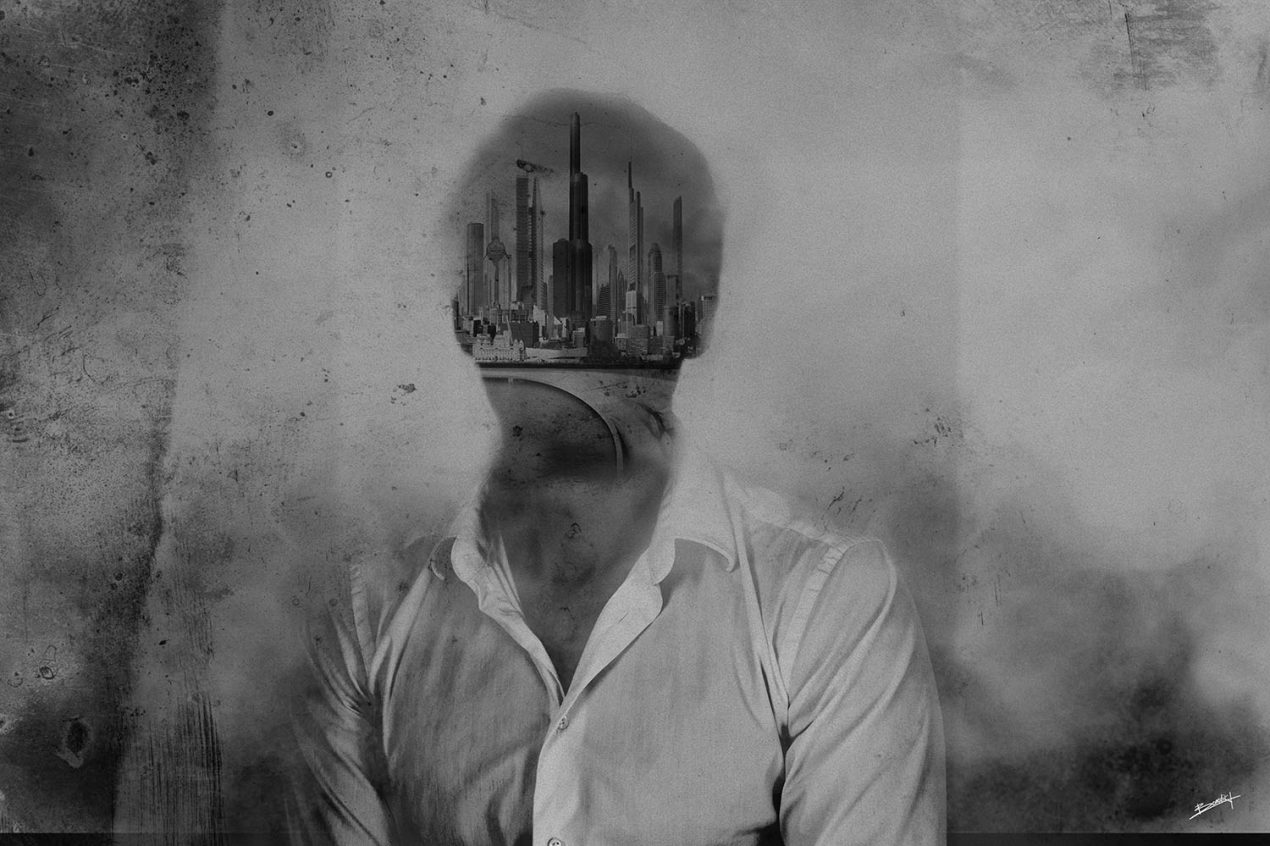 As I take the call, I step into a puddle of water, maybe it’s piss, maybe it’s blood from a mutated rat — I don’t bother to look. It’s after six and past my afternoon confession time with Jomo, and his generous hand.

I try to shake whatever I stepped on from my boot but it sticks like bloody fingers.  Makes me wanna get to Saint’s even quicker, so I up my pace. Time to drown my sorrows or perhaps I’ll meditate on the insignificance of life.

“You know how it is Coldman,” the Captain continues on the other side, running with the stupid joke I have heard so many times.

“Crime don’t got no time.” I know that, just like anybody else in this godforsaken city, on this wretched planet.

We settle on forty-five, which gives me half an hour with Jomo.

The Cap had said that this one was especially hairy. I forgot to ask him if he meant that literally. Like I need more savagery? Like anybody needs more butchery?

When the intergalactic borders were opened under the new utopian Intergalactic Union (IU), what was supposed to unite our planets, quickly turned earth into a pile of rotting shit. All the rich folks quickly left for pollutant free zones and earth was eventually reclassified as a category 5 zone — essentially uninhabitable — basically the slum of the universe. If you were born here, you die here. No-one from earth ever leaves and no-one ever comes here — unless you wanna trade in every conceivable criminal activity known in the universe. Or unless you managed to piss off every goddamn congressman in the habitable zones.

The neon holograph over Saint’s, is of Santa Muerte, full breasted and naked and a skull for a face. She holds out her arms and lures patrons to her warm bosom.

She smiles at me and I pull my coat tighter over my shoulders. It’s cold today. It’s always cold these days. Cold, foggy and rainy, like the planet is dead and oozing on itself and the perpetual mist is her soul trapped around her, struggling to break free.

What I wouldn’t give for a little bit of sunshine. Sunshine and smile from a lady with a real face.

You or Me
The South

This site uses Akismet to reduce spam. Learn how your comment data is processed.