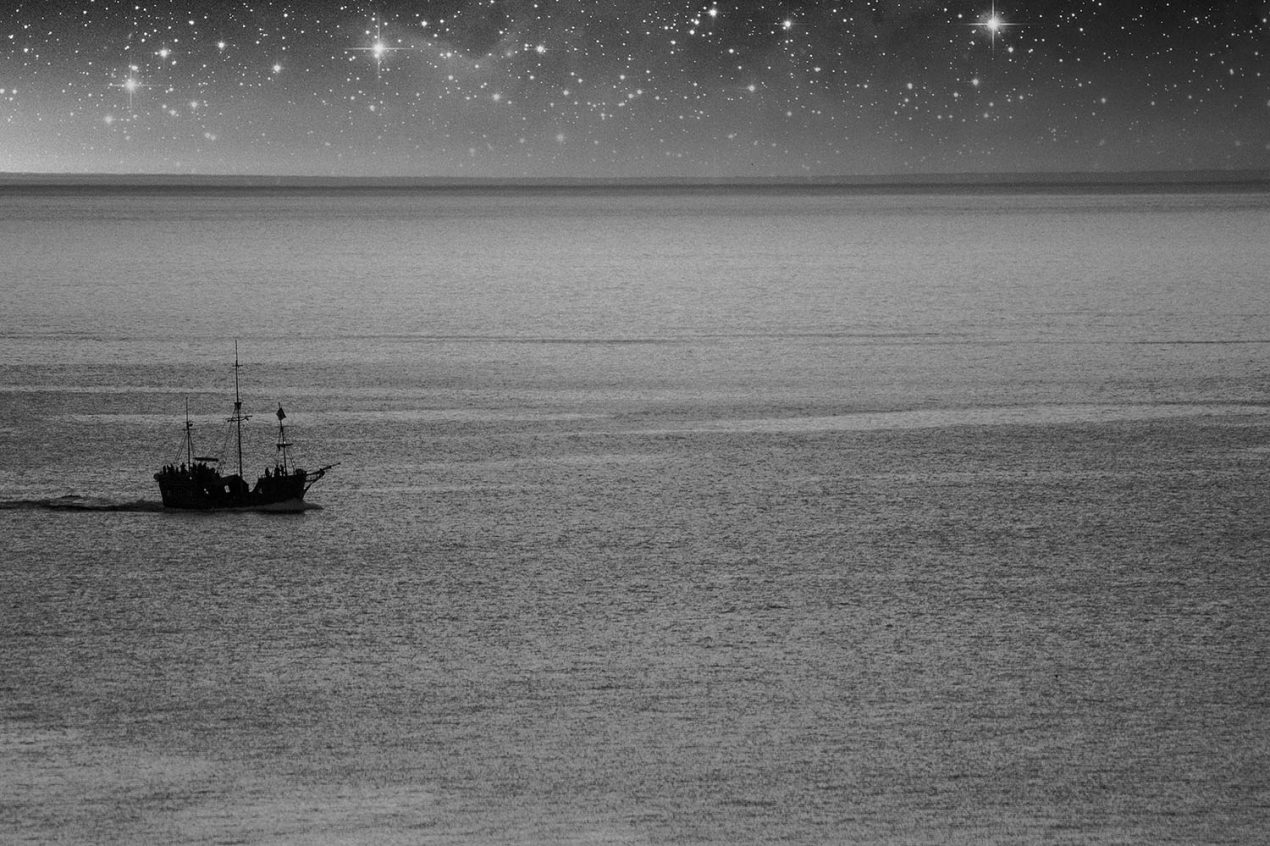 The Pirate and the Girl with stars in her eyes

He was a pirate.

You could see it from the sword in the one hand and the patch over his eye. He told everyone that one day he would be the most fearsome pirate to ever sail the ocean. His tiny little brain was packed full of treasure seeking adventures and of fighting bandits on the seven seas.

A few days after his eighth birthday, five people broke into their house. They killed his father and brother and raped his sister and mother, before they finished them off. He was hiding in a pretend cave under his bed when this happened.

When they left they also killed Billy, the dog. Cut his fucking head off.

After that he didn’t want to be a pirate anymore.

He was forced into an orphanage where he got into a lot of trouble all the time. He hated the mass produced food, the cold rooms, the colder people and the occasional insults from the older boys that eventually turned into inappropriate sexual abuse. He went from being a straight A student to failing two years in a row. Then another year and then — fuck school.

That attitude came with new stories and new scars, some on his face, some on his hands and some in other places. It also came with a new residence and a new title — juvenile delinquent.

A few days after his sixteenth birthday he ran away. He wanted to go to the ocean, to wet his feet. He didn’t really know why he wanted to go there, he just followed his gut.

The Golden State reached out to him through the ethereal network of chance and opportunity. Maybe it was luck — Lady Luck. But this isn’t a story of how lucky he was. In fact when he reached the City of Flowers and Sunshine he ended up back in the system — in another shelter.

Being the rebellious person he had grown into, it didn’t take long for him to be kicked out of the shelter. They tried everything in their power to be amicable but you know how the story goes. Eventually he settled for a shared tent, down in Skid Row, where he bumped into and fell in love with the white lady.

The girl whom he shared his first needle with was from Texas. She arrived because she wanted to escape her stoic background where no-one accepted that she was a girl trapped in a boy’s body.

When he was a kid, his friends went with it for a while. The outfits and the smudged lipstick was cute. It was interesting. It was funny. But when the game didn’t stop, and after the satellite was launched, it didn’t take long for Houston to have a problem. The kids felt weird about it and when some of them told their parents about the strange behaviour of the girly boy, the adults told them to leave the faggot alone.

In the Lone Star State, some days you’re all by yourself.

In desperation, he turned to his ultra conservative and very religious parents for advice. They threw the bible at him and told him that he was an abomination from hell, who needed to be purified. His father beat him up and his mother ignored him. His siblings were ashamed of him.

So he ran away.

He had stars in his eyes.

In the City of Lost Angels he became she and for a while everything went well.

But you know it is — some things follow you and never go away, but in La La Land, you can find a horse around any corner and escape.

So there they were, just the two of them sitting in a Coleman Sundome tent with nothing to do except cook up a bit of Fentanyl and Brown Sugar and BOOOOOOOOM! Instant fucking electronica.

The boy sailed away and she flew to the stars.

SONNET I
You or Me

This site uses Akismet to reduce spam. Learn how your comment data is processed.